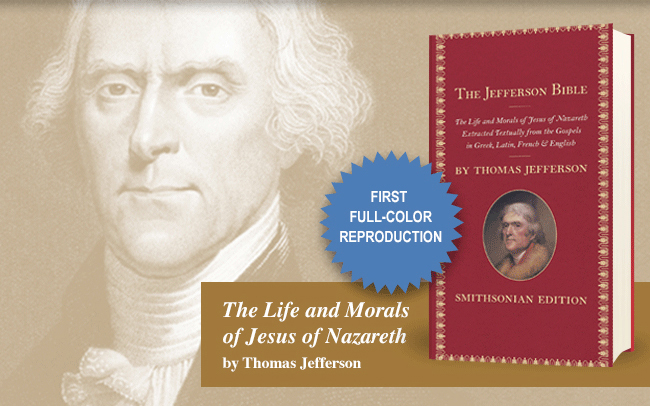 No man can conform his faith to the dictates of another. The life and essence of religion consists in the internal persuasion or belief of the mind.

The Jefferson Bible, Smithsonian Edition is the first high-resolution, color facsimile of Thomas Jefferson's distillation of what he considered the original moral doctrines of Jesus. Jefferson went through four translations of the Gospels and cut out the passages he considered revealed the true philosophy of Jesus. In addition to gospel extracts and Jefferson's handwritten notes, the volume includes an introduction by Smithsonian curators that explores Jefferson's motivations for creating the book.

With this one-of-a-kind, Smithsonian Edition you will experience: 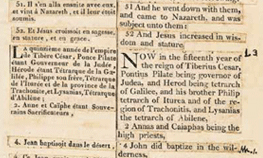 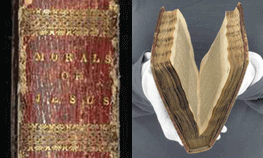